stand up ! for rights at work for you and your families

WE ARE GOING TO ASSEMBLE: at the McIver Railway Station (just on the North side) from 11am. Then, we will walk to the rally which is opposite PICA in the Cultural centre - a short walk. This lets people come by train or find a nearby parking space. The rally itself and the march will be from 12 midday to 2 p.m.. Even the state government has authorised its employees to have paid time off to attend this rally so check with the dept head if you work for the state Govt in your day job (like at BOCS ticketing or Hansard ).

As you know the Howard federal govt gets control of the senate on 1 July and their first moves will be new industrial laws  to devastate the working conditions of Australians. Many musicians, other performers and freelance media people are used to this sort of thing already because we work in a free market , raw bargaining environment of individual contracting and we're used to what that means even if we don't have to like it.. However, we all have families and friends who rely on ordinary work for the necessities of life. As well as that, many MEAA members still rely on union agreements. Some of them are quite odd in the scheme of things because the occupations are unusual. Things like residual payments, nudity provisions, anti-recording provision, overtime rates, restrictions on hours and so on will be washed away in the brave new world.

We're not all industrial advocates but make no mistake about what the impact of these laws is going to be in 90% of Australian workplaces. Many things we have taken for granted will be utterly swept away.

In the 90% of Australian business with less than 100 employees, people who complain about their working conditions are going to find themselves able to be sacked with no right to bring an unfair dismissal claim - no redress at all - cop it, or cop the sack. This has not been the case in Australian Law for decades. It is a return to the industrial system I grew up in where the boss could just give notice with no warning and no reason.

Remember this - unfair dismissal rights are a creature of statute and not of the common law. remove the statute and the right disappears. These laws will neuter the statute in 90% of workplaces.

The union movement is organising against what is going to happen. We want our union to be involved because we often just sit on the sidelines while other unions do the hard yards ( except for the worker's embassy where many people put in long hours).. But .....this isn't the time for apathy.

If you can't make it to McIver then you should look for our banner(s) at the rally itself . It would be wonderful if we could have a good show on the day.

This is a struggle for the rights of this generation, the next one and the one after that. It'll be awful when your loved ones come home saying "I've been sacked because I won't agree to work 50 hours 7 days a week any hour of the day or night for a flat rate of pay with no public holidays, overtime rates, leave loading or redundancy provisions. 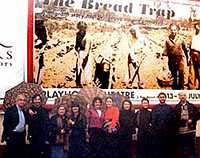 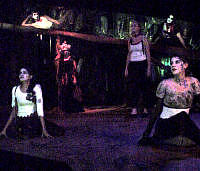 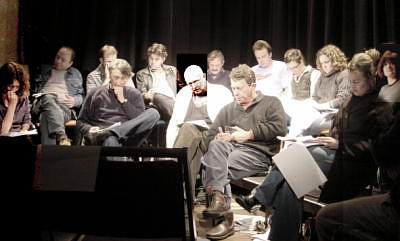