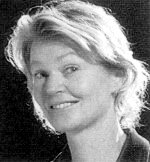 A  N.I.D.A graduate, Marcelle is a respected actor, director and teacher of acting and has spent the last eleven years teaching at WAAPA. She has appeared with the Sydney Theatre Company and all major Perth Theatre Companies. Marcelle toured in 2002 to Brazil with Effie Crump Theatre's production Redemption, a role which won her the IFAC Equity/Guild Award for Best Actress in 2001. She has directed numerous productions for a range of tertiary institutions, youth and independent companies.
In 2001 she directed (co-produced with Black Swan) Daniel Keene's to whom it may concern at the Rechabites Hail.  She was the Artistic Director of Effie Crump Theatre during 2002 and directed the much lauded, multi-award winning production of Ian Wilding's Below for P.I.A.F. Below won the IFAC Equity/Guild Awards for Best Production and Best Director for Marcelle. Last year for Effie's she directed the highly critically acclaimed productions of Alan Ayckbourn's Affairs in a Tent and Events on a Hotel Terrace. In 2003 she also directed Dorothy Hewitt's Song of the Seals for Black Swan Theatre Company's LeJYT, A.T.M for the Acting Department at WAAPA and Macbeth for Class Act Theatre.
Marcelle also teaches at the Australian Opera Studio. 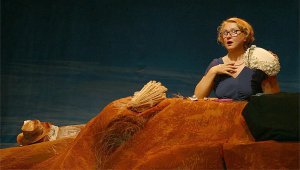