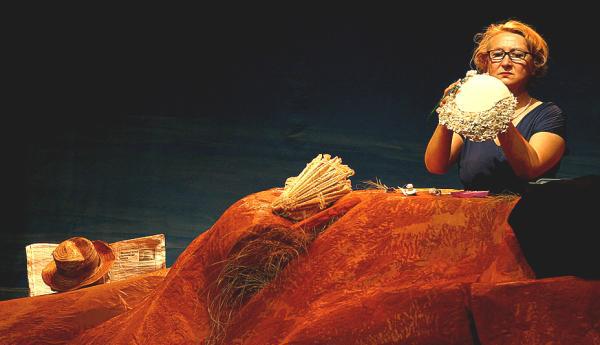 Tolstoy once remarked that the only knowledge attainable by man is that life is meaningless. Samuel Beckett was pretty much on the same track with plays such as Waiting for Godot and Happy Days.

In Waiting for Godot two tramps discuss whether life has any meaning while waiting for someone who never comes; in Happy Days a woman known only as Winnie attempts to find some meaning - or at least some activity - in daily rituals.

She attempts her tasks while being buried to the waist in a mound of sand - a metaphor for entrapment, perhaps, or the slow suffocation of the soul. In the second act, Winnie's body has completely disappeared into the sand, leaving only her head above the earth. All that Winnie has left is her ability to talk and she communicates her feelings about both the larger and smaller things of her life to her husband Willie, who is sensed rather than seen from his hole behind the mound of sand.

When he does emerge, we see the back of his head as he covers it from the sun, and he sometimes reads from the classifieds of a newspaper. 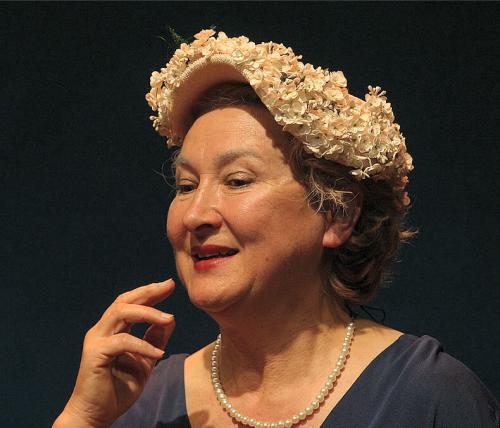 Both characters are in a desperate situation, but Winnie's philosophical approach to life is essentially optimistic.

The play opens with the ringing of a bell, the signal for Winnie to begin her day. "Another heavenly day," she says, as the fierce sun beats down on her red earth home.

Being straitjacketed by the earth she can only talk, communicating with her husband with an unquenchable liveliness of spirit, despite only grunts as reward.

Her sole activity is to fossick in her black bag for objects from her daily rituals - a toothbrush, mirror, a parasol for the sun - and a revolver. A music box plays a Strauss waltz. 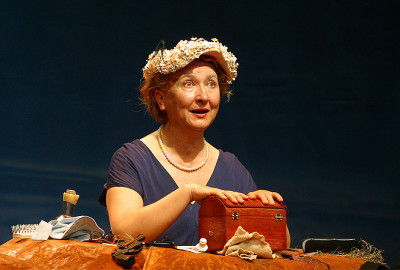 Happy Days is a fearsome challenge for the actor playing Winnie and Marta Kaczmarek gives a remarkable performance. The Polish-born actress has long wanted to recreate the role and this production came about through her determination to present it to audiences in the city she has made her own for the past 20 years. 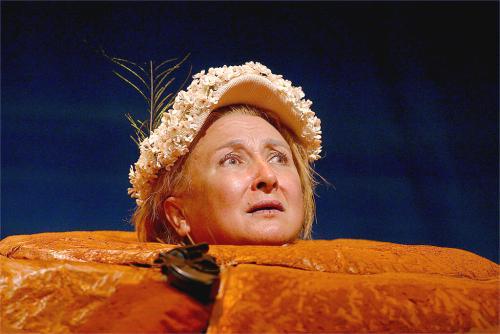 Boris Radmilovich as Willie, despite being rarely seen – coming into full view only in the final scene - adds another eerily powerful presence.

Beckett's drama is always filled with bizarre happenings that have us groping in the dark for meanings, but his dialogue is unfailingly witty and filled with teasing observations about the absurdities of existence.

His plays are rarely performed these days because they are too tough and uncompromisingly difficult when easier entertainment options are available.

But this production of Happy Days shows they are well worth the effort. 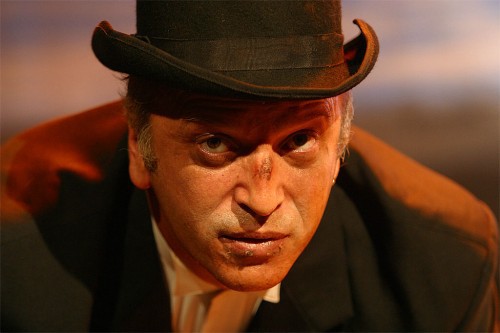